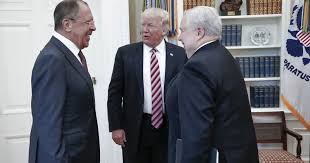 WASHINGTON, March 14 (Xinhua) — The White House said on Wednesday that the United States believed that Russia was responsible for the high-profile poison attack against a former Russian spy and his daughter in Britain.
In a statement, the White House said that “the United States shares the United Kingdom’s assessment that Russia is responsible for the reckless nerve agent attack on a British citizen and his daughter.”
It added that Washington supports London’s decision to expel Russian diplomats as a “just” response.
“The United States stands in solidarity with its closest ally, the United Kingdom,” and “is working together with our allies and partners to ensure that this kind of abhorrent attack does not happen again,” said the White House.
Earlier on Wednesday, British Prime Minister Theresa May announced that her government would expel 23 Russian diplomats and told them to leave within a week.
She added that all high-level bilateral contacts with Russia will be canceled, and no members of the British royal family or government ministers will attend the World Cup to be hosted by Russia.
In response, the Russian government denied any involvement in the attack, and threatened reprisals against Britain if measures are taken by the British government.
Russian Ambassador to the United Nations Vasily Nebenzya said on the same day that Britain’s allegations were “completely unacceptable” and “unjustified.”
“We demand that material proof be provided of the allegedly found Russian trace in this high-resonance event. Without this, stating that there is incontrovertible truth is not something that we can take into account,” he added.
Former Russian double agent Sergei Skripal, 66, and his daughter Yulia, 33, are in a critical condition in hospital after being exposed to a nerve agent earlier this month. Enditem